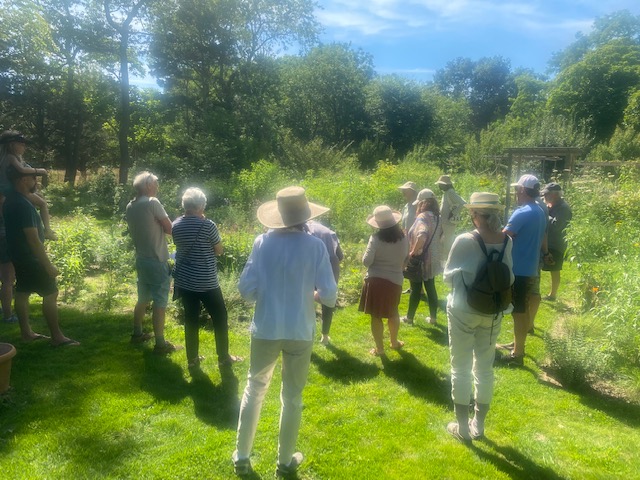 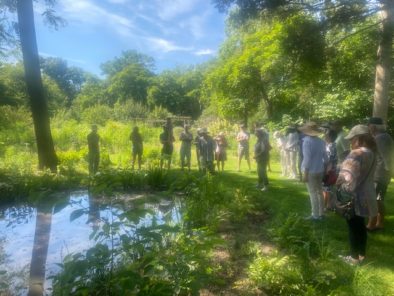 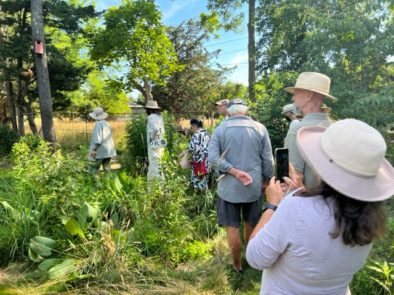 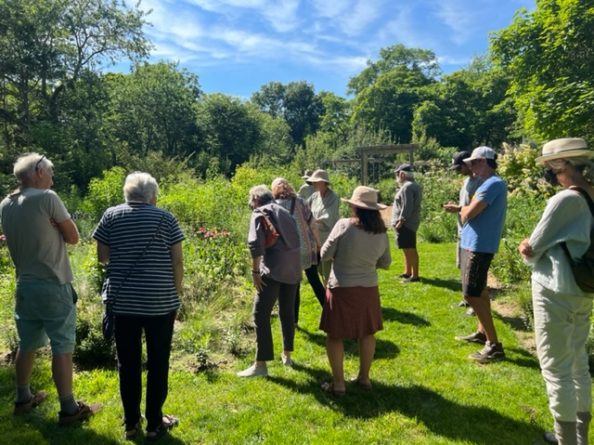 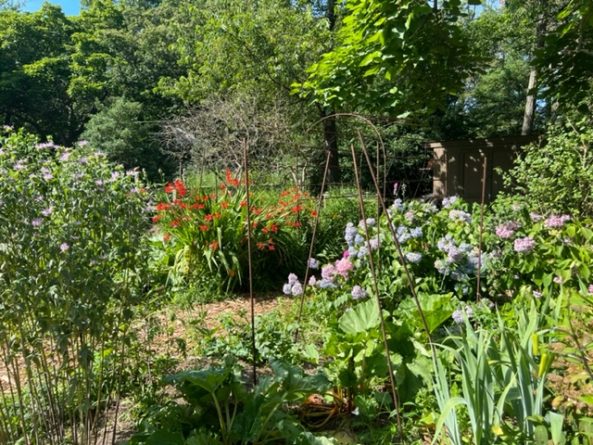 Two dozen friends of ChangeHampton signed up for a tour and talk by Edwina von Gal at her magnificent Marshouse native and pollinator gardens in the Springs.

We all learned so much about Perfect Earth’s philosophy—how not a leaf or cutting or twig leaves the property, how to smother a lawn with cardboard and wood chips to make a beginning “soil” for native & pollinator plants and shrubs. About hydration and composting. About so many individual plants, their names and idiosyncrasies.

It was also magical to be in that garden together with others who want to learn about restorative landscaping.

“The main impression I came away with,” writes Paul Gartside, ”was just how beautiful it was. And that is going to be the critical selling point in encouraging the movement to restorative landscaping.”

Barbara Burnside wrote: “The garden was wonderful in sun and in shade, amazingly rich in each habitat. We are so used to monoculture aesthetics, it was very moving to see what the plants did without too much interference, when planted where they belong naturally.”

“I’ve been on Edwina’s garden tour several times, but I always learn something. For anyone new to native plant gardening, one of the biggest questions is how to prepare your garden plot. One method is to smother persistent weeds—or turf lawns—with a layer of cardboard and mulch. Another method, especially useful if you already have “volunteer” natives coming up on your site, is to cut back the vegetation to the ground and, using the right timing, plant your natives into the existing vegetation, which allows for competitive serendipity. Your new plants will have a head start on anything else already in the ground, and you may have some native “volunteer” species also pop up from the already existing vegetation. I used this method this spring and now have little bluestem, Maryland asters, and violets, all self-seeded native “volunteers” growing among my purchased plantings.

The Suffolk County Water Authority has issued its second emergency warning in a month.  They recommend first and foremost for residents to change their patterns of irrigating lawns and yards. An NBC news story this ... Read More